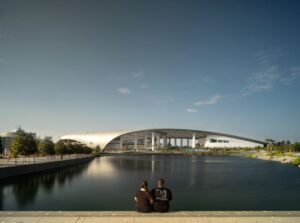 Architecture studio HKS has designed SoFi Stadium in Los Angeles, which is set to host this year’s Super Bowl, as the home of American football teams the LA Chargers and LA Rams.Built in the Inglewood area of Los Angeles, the stadium will host LA Rams when they play Cincinnati Bengals in Superbowl LVI on Sunday 13 February. 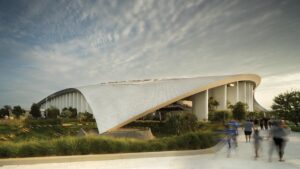 It was designed by HKS for LA Rams-owner Stan Kroenke’s development company Kroenke Sports & Entertainment to be an “entertainment destination”. 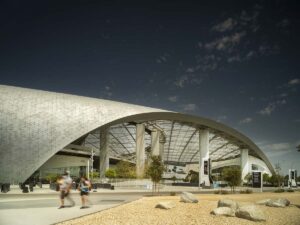 “Mr Kroenke asked us to do two things: create an entertainment destination in the entertainment capital of the world, and architecture that embodied the spirit of southern California,” said Lance Evans, director of sports at HKS.

“Our design team took that to heart; it led every decision on this building,” he told Dezeen. The stadium, along with a neighbouring 6,000-seat music venue and connecting plaza, was covered by a large roof that has the form of a “coastal wave”.

“It’s not just a stadium,” explained Evans. “In fact, the 6,000-seat YouTube Theater and 2.5-acre American Airlines Plaza are also under that one massive, swooping roof, which also protects the NFL’s largest stadium.” 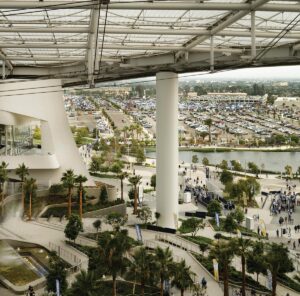 Described by the studio as the NFL’s “first indoor-outdoor stadium”, the transparent roof was designed to give the venue the feel of an outdoor stadium, while being protected from the weather.

Supported on a series of columns, the roof is structurally separate from the seating bowl and made from a single layer of ethylene tetrafluoroethylene (ETFE) covered with a film to protect players and spectators from the sun.

“The roof never touches the stadium walls,” explained Evans.”It’s completely free-standing, hovering above and around the massive venue.”

“The roof is open on three sides, which allows for a fantastic ocean breeze to flow through the seating bowl.”

The seating bowl itself was sunk into the ground by around 27 metres to reduce the building’s height, due to the proximity of the LAX airport.

A large double-side screen is suspended from the roof to show replays and scores. 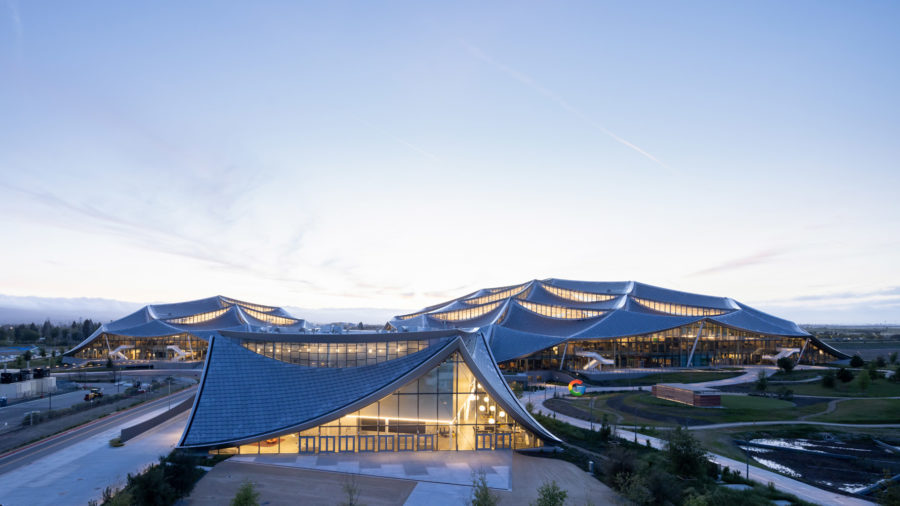 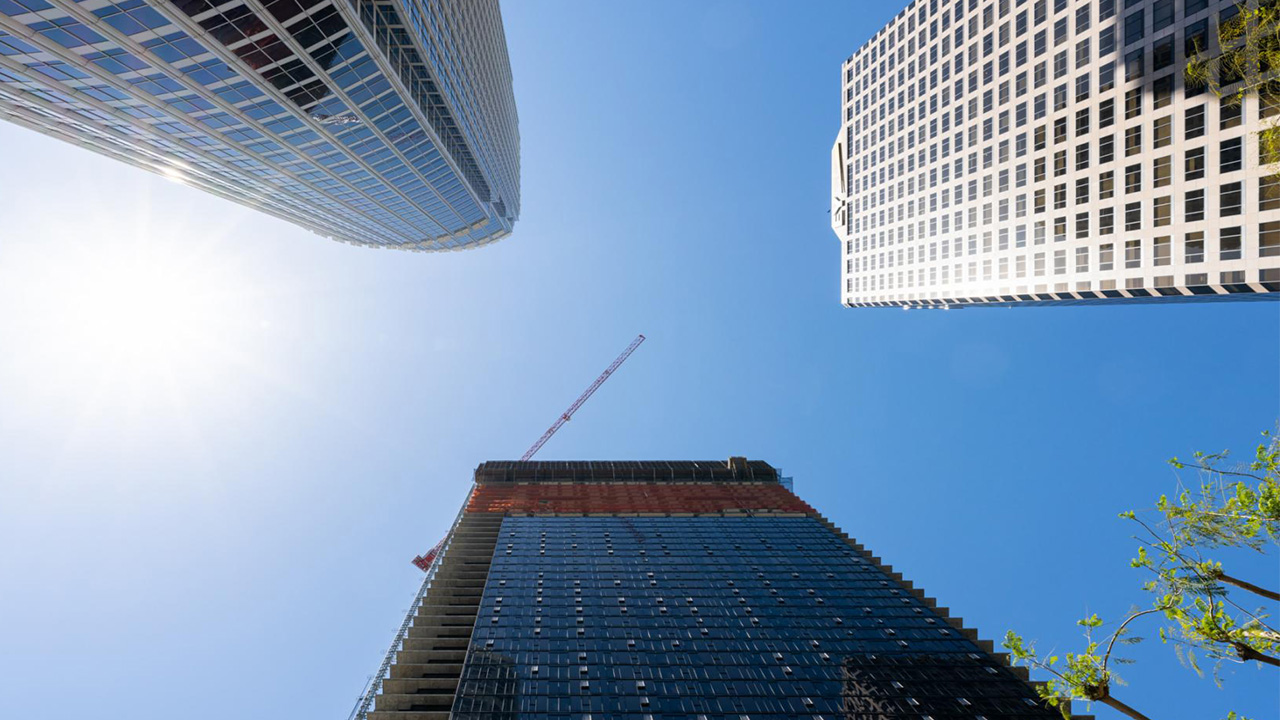 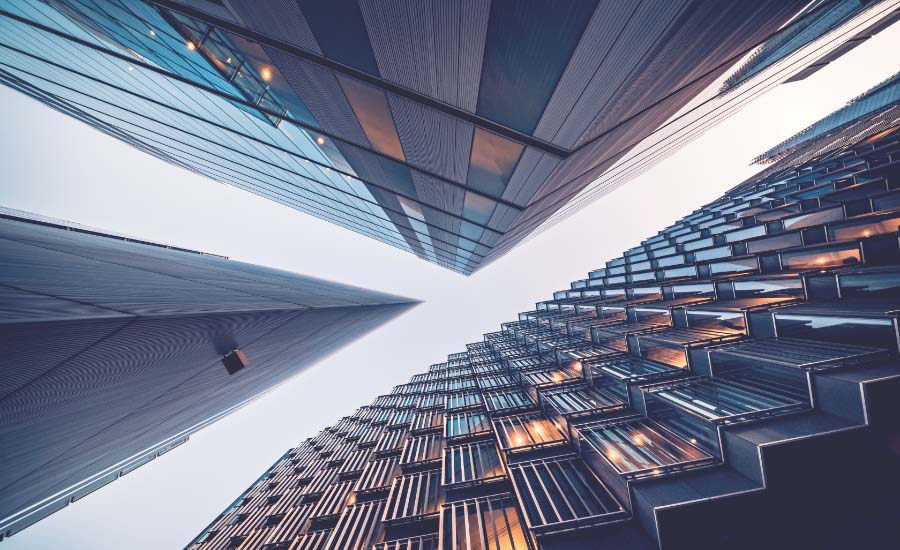 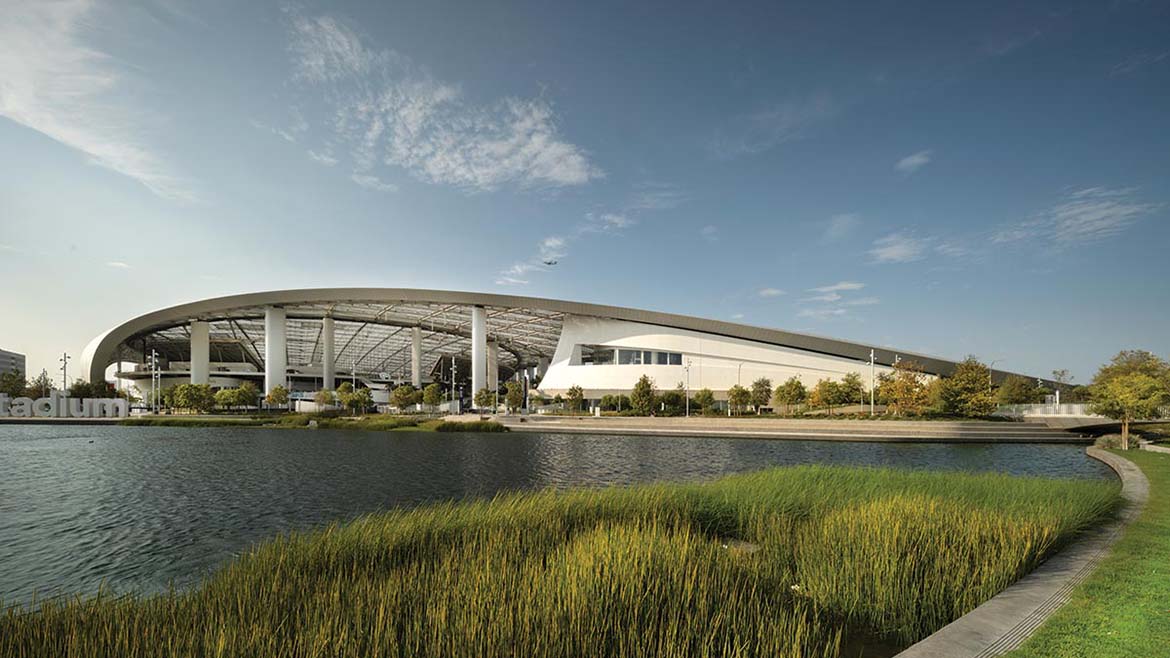 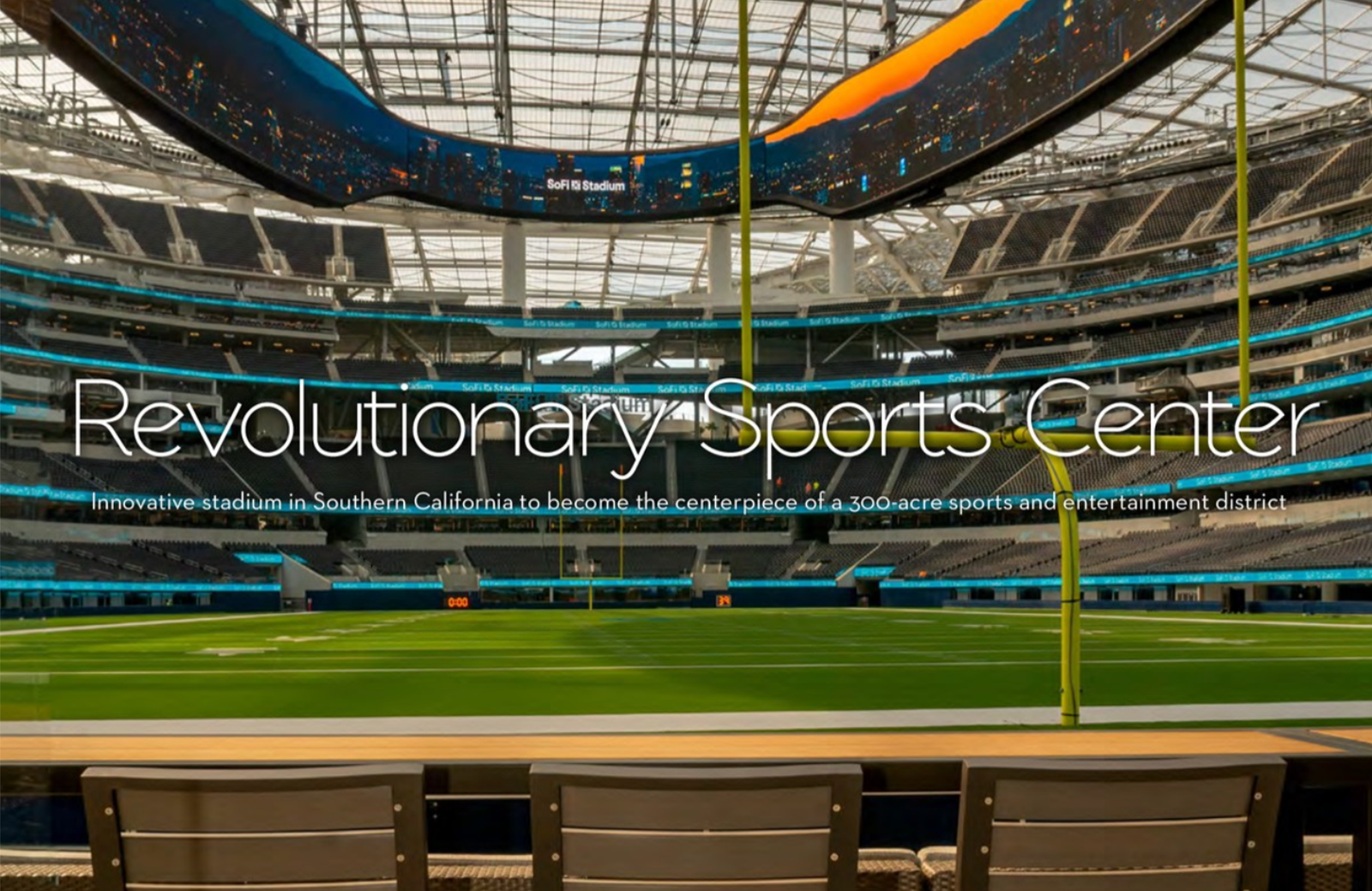 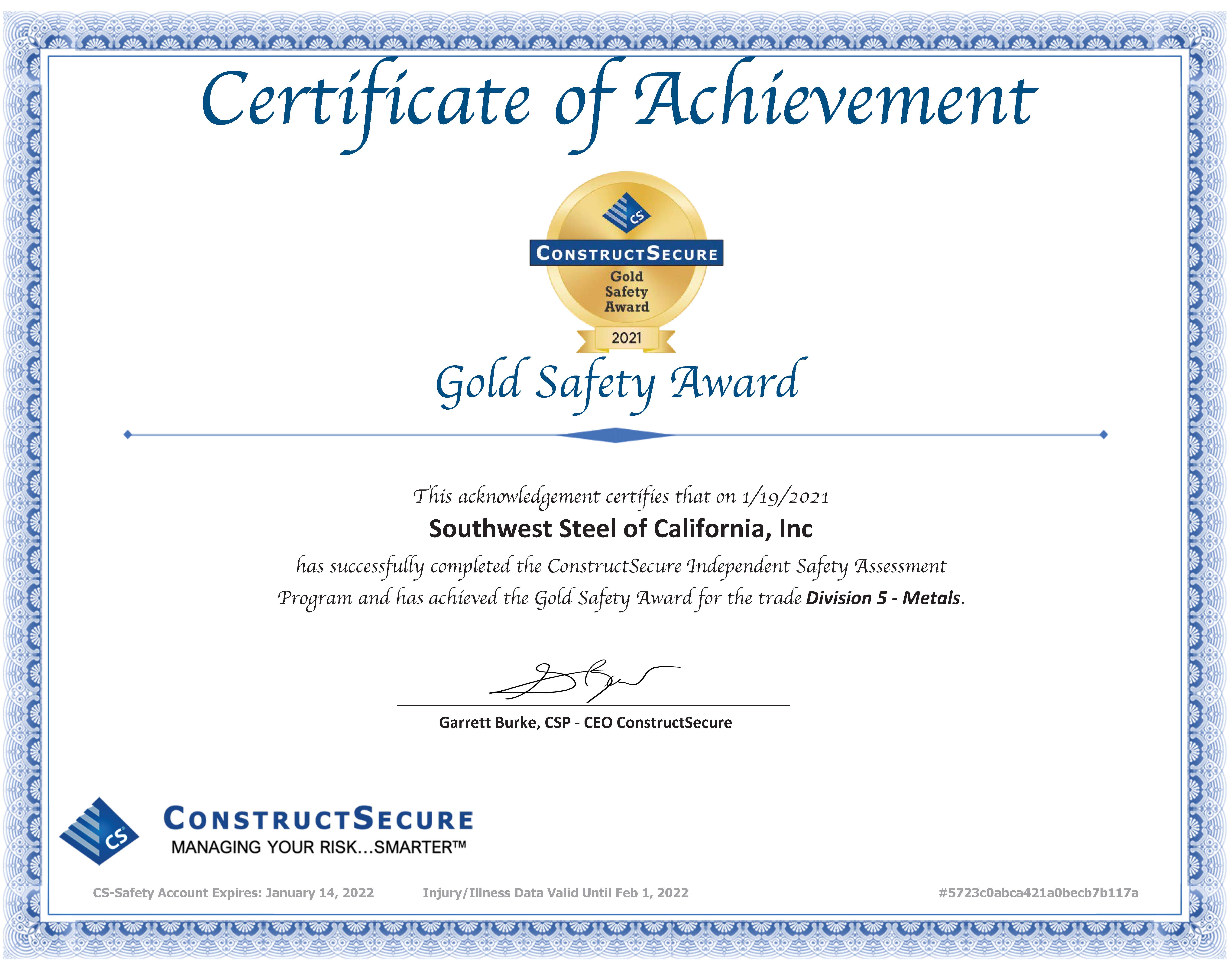